My Name is Ona Judge by Suzette D. Harrison

Some books just speak to you when you first read about them.  My Name is Ona Judge by Suzette D. Harrison was one of those books for me and I knew I just had to be a part of the book tour for it! 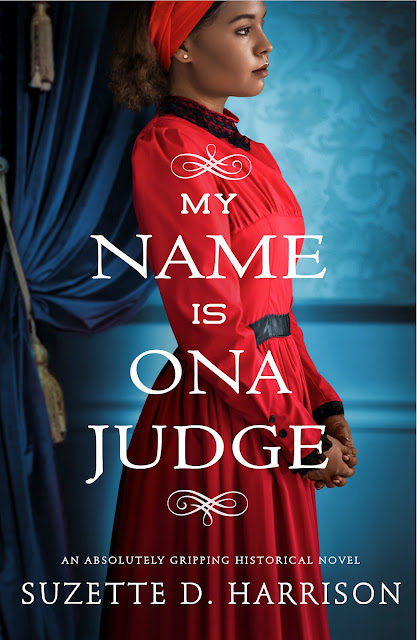 About My Name is Ona Judge:

New Hampshire, 1796. “My name is Ona Judge, and I escaped from the household of the President of the United States. I was the favored maid of George and Martha Washington, but they deemed me a slave and thought me property, and I hear ten dollars is offered as reward for my capture. Now I must write the truth that I have lived, and tell my story…”

Chincoteague, Virginia, present day. Rain soaks Tessa Scott as she runs from her car to the old, vine-covered property she has been called to survey. She’s too busy to accept a new job, but doing this favor for the grandmother of her childhood sweetheart delays a painful decision she must make about a future with her controlling boyfriend.

But when Tessa finds a tattered journal carefully hidden inside the house’s ancient fireplace, the tragic story of how Ona was ripped from her mother’s arms to live and work in the palatial Mount Vernon, and the heart-shattering betrayal that led her to risk her life and run, has Tessa spellbound. Could discovering this forgotten scandal at the heart of her nation’s history force her to confront her own story? As she races to reach the final page, will anything prepare her for the desperate moment when Ona’s captors find her again? Will it inspire Tessa to take ownership of her own life and set herself free?

I love a great historical fiction novel, as well as the dual timeline concept.  Even better is a novel that addresses a different time period or concept compared to my normal reads.  My Name is Ona Judge is all that and more, focusing on the story of Ona Judge, a slave to Martha Washington, who eventually ran from Mount Vernon and established a life as a free woman.  The contemporary storyline follows Tessa as she discovers a journal written by Ona while in the process of renovating a family home.  As Tessa discovers more of Ona's story, she grapples with the problems in her own life too.

I had heard of Ona Judge prior to the book (as a former social studies teacher, I tend to have a good recollection for these things), but immersing myself into Ona's story really brought it home.  I had known her as the woman who escaped the Washingtons but was never caught, but very little of the rest of her story.  Harrison does an amazing job with the research into Ona's story and really brings the story to life, sharing the details of Ona's life as a slave and as a free woman. 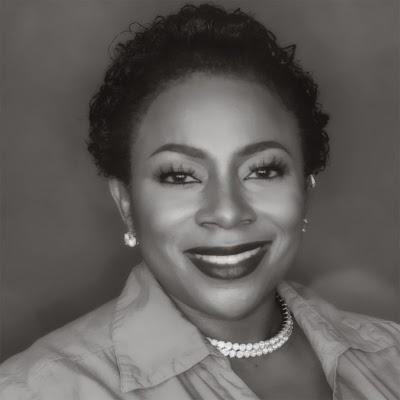 Suzette D. Harrison, a native Californian and the middle of three daughters, grew up in a home where reading was required, not requested. Her literary "career" began in junior high school with the publishing of her poetry. While Suzette pays homage to Alex Haley, Gloria Naylor, Alice Walker, Langston Hughes, and Toni Morrison as legends who inspired her creativity, it was Dr. Maya Angelou's I Know Why the Caged Bird Sings that unleashed her writing. The award-winning author of Taffy is a wife and mother of two teens, and she holds a culinary degree in pastry and baking. Mrs. Harrison is currently cooking up her next novel...in between batches of cupcakes. 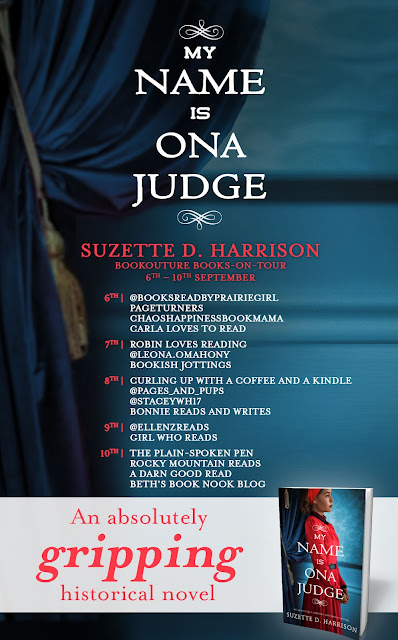