The Crossing Places by Elly Griffiths

Book two of my vacation reads!  Because of vacation, I had tossed a couple of paperbacks into my carry on since I have trouble reading on a screen outdoors.  I had placed an order on BookOutlet and needed a couple more items to fill it out when this series caught my eye.  Mystery, murders, archaeology, how does that not sound like fun? 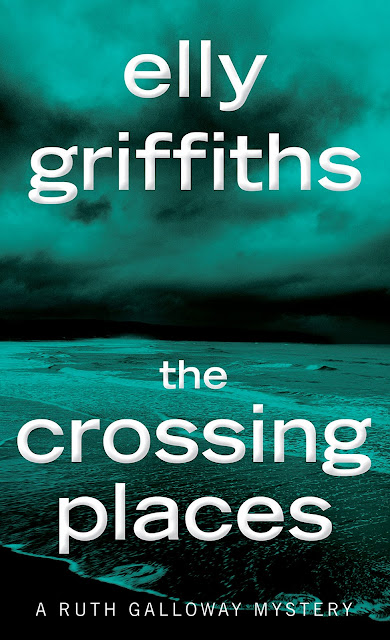 About The Crossing Places:

Forensic archeologist Ruth Galloway is in her late thirties. She lives happily alone with her cats in a remote area near Norfolk, land that was sacred to its Iron Age inhabitants—not quite earth, not quite sea. But her routine is harshly upended when a child’s bones are found on a desolate beach. Detective Chief Inspector Nelson calls Ruth for help, believing the bones to be the remains of Lucy Downey, a little girl who went missing a decade ago and whose abductor taunts him with bizarre letters referencing ritual sacrifice, Shakespeare, and the Bible. Then a second girl goes missing and Nelson receives a new letter—exactly like the ones about Lucy.

Is it the same killer? Or a copycat murderer, linked in some way to the site near Ruth’s remote home?

This one is a brand new series for me and I am so glad I ordered it.  The downside is that I only ordered the first two books in the series, so I'm guessing I'll be placing some more orders sooner than later.

I really enjoyed the setting out on the marshes and the role of forensic archaeology that Ruth brings to contemporary mystery.  The possibilities seems endless with the bones, due to the site where they are found, and the tidbits regarding the original inhabitants really caught my interest in the series.  Knowing it is a series, I think it will be interesting to follow Ruth and Nelson in the subsequent books.