The Memory Thief by Lauren Mansy

On the heels of my first Blink YA review with the Zonderzkidz Kidz Review Krew, I decided to read the second one I chose--The Memory Thief by Lauren Mansy.  I really enjoyed my first read in a long time with them (see The Silence Between Us review) and was hoping I would also enjoy the second one. 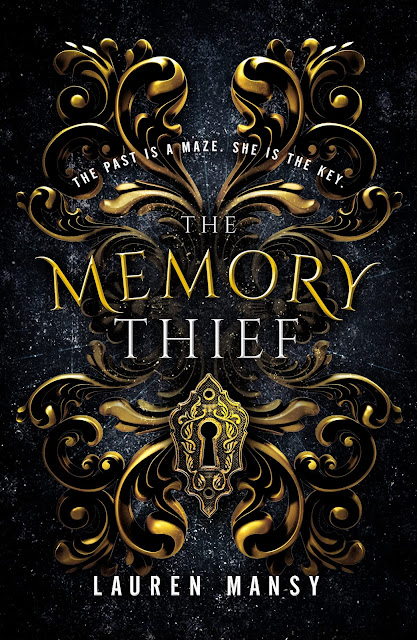 About The Memory Thief:

In the city of Craewick, memories reign. The power-obsessed ruler of the city, Madame, has cultivated a society in which memories are currency, citizens are divided by ability, and Gifted individuals can take memories from others through touch as they please.

Seventeen-year-old Etta Lark is desperate to live outside of the corrupt culture, but grapples with the guilt of an accident that has left her mother bedridden in the city’s asylum. When Madame threatens to put her mother up for auction, a Craewick practice in which a “criminal's" memories are sold to the highest bidder before being killed, Etta will do whatever it takes to save her. Even if it means rejoining the Shadows, the rebel group she swore off in the wake of the accident years earlier.

To prove her allegiance to the Shadows and rescue her mother, Etta must steal a memorized map of the Maze, a formidable prison created by the bloodthirsty ruler of a neighboring Realm. So she sets out on a journey in which she faces startling attacks, unexpected romance, and, above all, her own past in order to set things right in her world.

This title is a bit different than my usual picks as my tastes tend to run with historical fiction or mysteries. But, I went into it with an open mind and was pleasantly surprised at the topic.  The idea of memories as a tradable currency was fascinating, especially when one factors in that only certain people possess the gifts to collect them.  The characters, the travel, the maze?  There's a rich setting that draws the reader in.

However, I do feel like the book could have been longer, easily greater than 500 pages, or even several books.  I could see it as a trilogy similar to Rick Riordan's Red Pyramid or Magnus Chase books.  There's just so many interesting facets of the realms and Etta's journey that could have been drawn out in a longer or multiple book series.  Even Etta's past could have used more details, from her time in chidlhood as a Shadow to how she arrived as a pretend "non-gifted" back in Craewick. The book ended with a lot of questions remaining, but tied up enough to assume there is no sequel.