I'm very excited to be part of another book tour, this time for Sleeping Dolls by Helen Phifer.

I always was a huge fan of mysteries and thrillers, from high school onwards (my youngest aunt would always give me the best ones). I've moved into historical fiction as a genre choice more recently, but was still missing something.  These tours are reminding me how much I absolutely love the mystery genre and that I need to take the time to mix in some thrillers to keep me happy in my reading.  I've caught up on some old favorite authors and have discovered some brilliant new ones, Helen Phifer included! 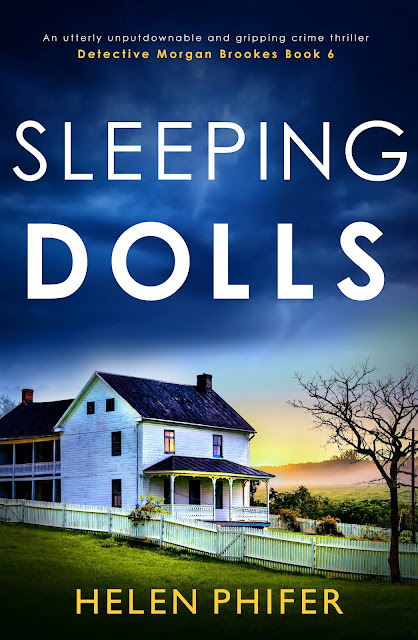 The beam shines around the dark room, lighting up the woman in sky-blue pyjamas lying on the couch. But she doesn’t wake under the bright glow, she isn’t sleeping at all…

When a concerned neighbour reports a woman missing, Detective Morgan Brookes squeezes through the stiff front door to find the woman dead. At first, the case appears unsuspicious, but something about the scene unsettles Morgan. Every clock in the house has been stopped, every mirror covered, and the woman seems physically unharmed except for one missing lock of hair.

Shirley Kelly was loved by her friends and hated by her ex-husband and his new wife, but they have an iron-clad alibi, and Morgan is certain that the scene-staging holds a vital clue. She’s devastated to be proved right when another woman is killed, and her home arranged in the same way. The only difference is that the second victim has been stabbed, using a knife from Shirley’s own kitchen…

The team can’t find a connection between the two women, but Morgan is sure that there is a deadly pattern to the killer’s actions. She hunts through each woman’s past until she finds the link: years ago, they both worked for a woman called Evelyn Reynolds, before tragedy struck her young family. But what has made them targets now? Morgan knows this twisted case is far from over, can she find the final clue before the clock stops for the next name on the killer’s list?

When Shirley Kelly's body is discovered, only Detective Morgan Brookes thinks there is more to the crime scene.  The stopped clocks, the covered mirrors, even the missing hair are all explained away by the rest of her team.  But then a second body is discovered and Morgan's ideas aren't that far fetched.  What is the connection between the killings, will the killer strike again, and how is he choosing his victims?

Sleeping Dolls provides a fast paced thriller with the clues judiciously handed out as the book moves forward, yet without providing an easy to solve mystery.  I spent the better part of the book convinced I knew who did it and what the plot twist might be, only to find out everything I believed was wrong.  I absolutely love when that happens.  I don't want to solve the mystery myself halfway through the book, I want to keep guessing, and Sleeping Dolls definitely kept me guessing.  Even some of the clues that I put together didn't lead me directly to the killer and I stayed up quite late to find out if I was right or wrong.

I am only a tiny bit disappointed that I came into the series on book 6.  I definitely like starting series from book one, but alas, it happens and now I have another series to read. I don't feel like a ton of prior information was revealed within this book.  I assume there's a bit of change of characters, but nothing that will give away the plot line of one of the first 5 books.  New plan is to find those 5 books and read them in order! 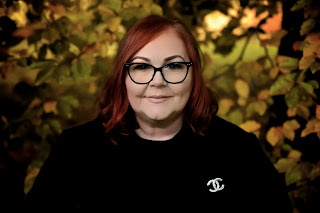 She lives in the busy town of Barrow-in-Furness surrounded by miles of coastline and a short drive from the glorious English Lake District.

Helen loves reading books that scare the heck out of her and is eternally grateful to Stephen King, Dean Koontz, James Herbert and Graham Masterton for scaring her senseless in her teenage years. Unable to find enough scary stories she decided to write her own and her debut novel The Ghost House released in October 2013 became a #1 Global Bestseller.  She has written over twenty books in various genres. 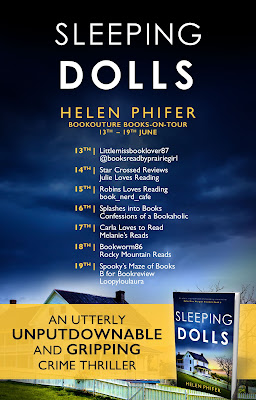