Frankly in Love by David Yoon

One last title from my last fall group of Kellogg's Free Books and another one that my daughter will probably read next.  I wasn't sure what my next book was and I grabbed Frankly in Love one day on the way out the door.  If I started it, I have to finish it, so that was the push I needed. 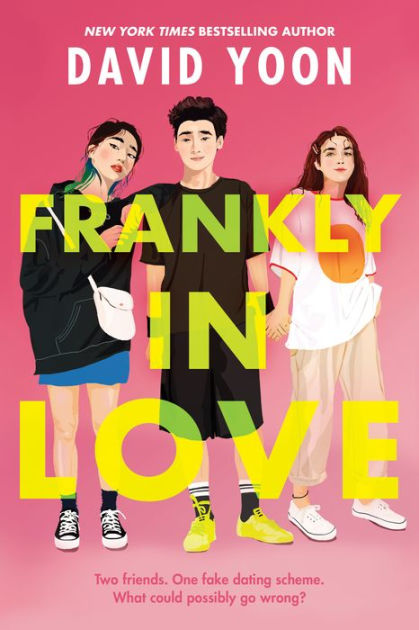 Frankly in Love, a play on the narrator's name, Frank Li, features Frank, a Korean American high school student who divides his time between his American friends in his AP classes and the other first generation Korean kid friends, the children of his parents' friends.  His older sister is living on the east coast with her African American partner, estranged from their parents, and Frank knows they will only be happy if he finds a Korean girl.  When he finally starts dating Britt, a fellow AP student, he decides to keep a secret from his parents.  His friend, Joy Song, is in a similar situation with her Chinese American boyfriend, so what could work better than pretending to date each other?

While the premise sounds like a romantic comedy, the book is so much deeper than that.  It tackles Frank's problems as a first generation American, his relationship with his parents, the pressures of paint and school, and more.  There are plenty of laughable moments while Frank and Joy fake date, but there are even more touching moments with Frank and his family as they balance Korean and American ideals.