Death of the Black Widow by James Patterson & J.D. Barker

Another James Patterson pick from my auto-holds at the library, and definitely an odder offering from him.  It's a little less mystery-thriller and a little more horror-thriller, which I didn't realize until quite a ways through the book. 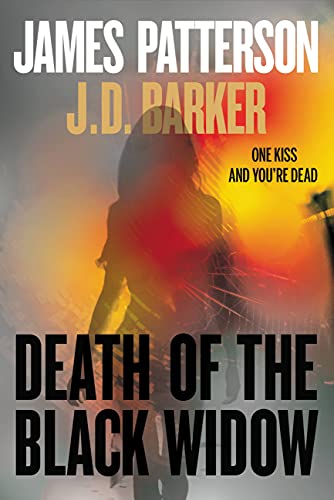 On his first day as a police officer, Walter O'Brien encounters a bizarre crime scene.  A beautiful, grey eyed woman has attacked and killed her kidnapper, then escapes police custody.  The crime remains unsolved and haunts Walter throughout his career.  Alternating between past and present day, Walter follows his obsession with the case until he realizes that there is something unusual about the woman and how he keeps encountering her.

Death of the Black Widow is definitely a more unique Patterson offering.  I went into it expecting a typical Patterson mystery--even the initial premise with the police officers seemed fairly usual.  However, the more the reader learns about the woman and the case, the more unusual turns the book takes.  I wasn't quite expecting the book to turn into the horror-thriller style, but it is well done and not overly disturbing for the reader, especially the reader not expecting the book to turn this way.