The Secret Sky by Atia Abawi

The Secret Sky is another book I picked up from my Kelloggs titles this year.  Since the kids are too old to need to pick the books themselves, I picked 5 YA ones that sounded interesting to me.  They may still read a few of them, but I've enjoyed having some lighter reads to grab. 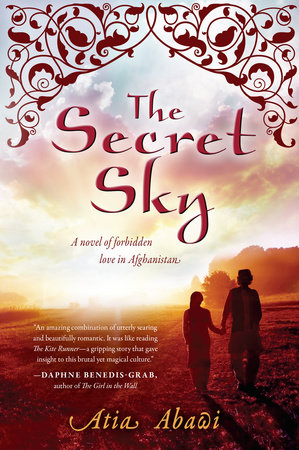 Written by an author of Afghan descent, The Secret Sky follows the story of Fatima, a Hazara girl, and Sami, a Pashtun boy.  Raised as friends in rural Afghanistan, the differences in their tribes did not matter as children, with Fatima's father being a trusted employee of Sami's.  But once Sami returns from his madrasa as teens, their friendship is no longer acceptable and their beginning relationship is forbidden.  Narrated by the two characters as well as Sami's cousin Rashid (a burgeoning Taliban-esque character), the story takes a turn when Rashid reports Sami and Fatima's private conversations to the local radical mullah, prompting a devastating series of events.

This is definitely not a happy read type of book.  However, the contemporary historical fiction style leaves one with a must-read story, attempting to understand the beliefs and thoughts that go on in that society.  All three of the young characters are unable to fathom the potential results of their actions, leaving them to make choices that involve dire consequences.  I set this one aside as a book I would like my kids (19 and 16) to read as well.