The School for Good Mothers by Jessamine Chan

I've heard about The School for Good Mothers in various locations, including my own mom sending me a link and saying, "This looks like a you book."  Since she generally has my taste pegged pretty well, I downloaded the book and convinced my book club that this should be our May read. 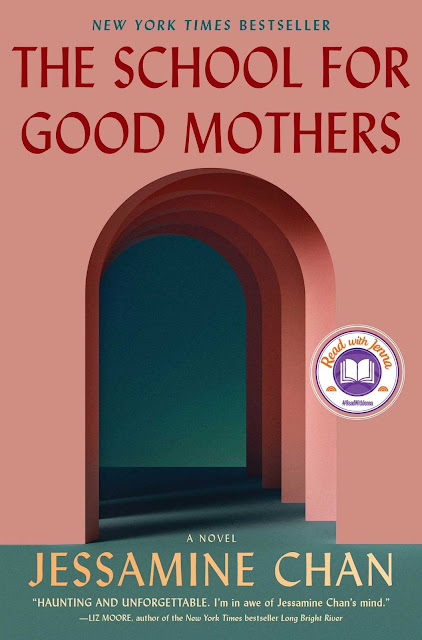 Frida Liu is recently divorced and the mother of a young toddler.  During one of her custody days, she makes the decision she refers to as her mistake or her bad day, leaving young Harriet alone in her apartment for two hours.  At this point, protective services are called and Harriet is removed. Frida loses custody to her ex husband and his new wife, and is subsequently sent to a year long recovery program, designed to teach her how to be a good parent.

Honestly, it was a quicker read than I expected.  It's very hard to put down once you get into it and it turns into one of those "one more chapter" type books.  With each chapter, the reader wonders if Frida is any closer to regaining custody of Harriet and whether or not this is even a possibility with the types of tests she must face.  At the same point, Frida's "mistake" is atrocious.  While some of the parents have benign mistakes that count against them (for example, the child broke a limb falling out of a tree they climbed), Frida's choice to leave toddler Harriet alone for two hours is an egregious lapse of judgment. The goal of perfection in parenting (especially for the mothers) is definitely an interesting premise to work with, and one that most parents face albeit without Big Brother watching.