Although I can often go either way on James Patterson's collaborations with other authors, his Women's Murder Club series with Maxine Paetro is definitely a favorite.  I had missed the earlier installments because my kids were babies/toddlers when it was released, but I picked it up around 2012 or so and have kept going strong with each one.  I was super happy that my library has auto-holds by author and 22 Seconds was just waiting for me one day! 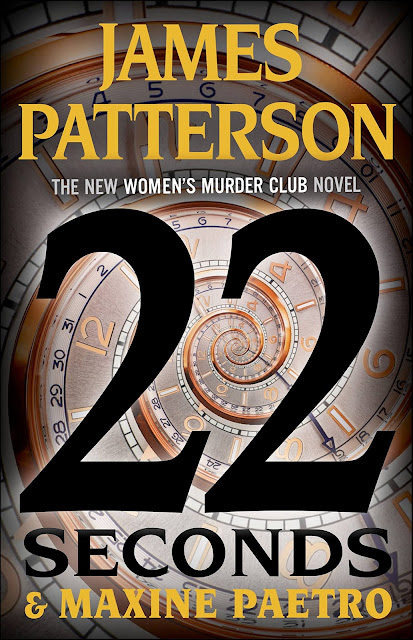 Lindsay and the rest of the Women's Murder Club are back and drugs, guns, and cartels are all in play.  While Lindsay is investigating a group of 2nd Amendment defenders, she discovers ties with a cartel known for drug and gun smuggling.  With the assistance of her FBI husband Joe who is brought on the case, Lindsay begins investigating the murder of a former police officer that seems to be related to the prior groups, but paints a target onto her and Joe leaving them needing to solve the case before someone gets to them.

The last few JP books I've read have not completely enthralled me, so 22 Seconds was a nice change to the older style JP books I loved (think Alex Cross).  Like most of his books, it's a fast paced read that keeps you turning the pages.  The downside is that there's never a good place to take a break, so I end up reading the book in one sitting.  This is great during the day, less so at 3am, but I had to find out what was going to happen.