I'm beginning to wonder why I keep doing this to myself.  I've been annoyed with the whole Hannah Swensen series for awhile now, yet I keep torturing myself with the hope that it will go back to the original level of writing.  I can safely say that this one did not. 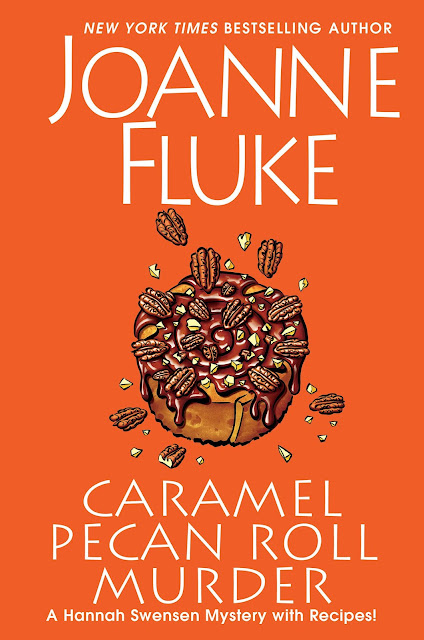 In the latest version of Hannah's story, there's a fishing tournament in town hosted by a major fishing television show. Hannah and her friends are staying at the Lake Eden Inn to help with the baking and meal prep for the tournament when the host of the show is found dead.  Of course, the paid cops are lacking in people, so Hannah and her sister, Andrea, are on the hunt for the killer, with Mike's blessing for once.  It's the usual Lake Eden cast and a whole lot of recipes.

I don't even know what to say about this one.  The series has gotten progressively worse over the years.  The killer was pretty predictable, the dialogue is ridiculous, and the inconsistencies need a decent editor.  I've been annoyed with this series for awhile, then the Christmas Cupcake Murder prequel really did it with all the timeline issues.  I kind of want to know what happens to some of the characters, so I keep reading, but I think I may be switching to Goodreads reviews just to get the gyst of it.

Also, the world's best caramel cinnamon rolls start with a couple of cans of Pillsbury rolls?  If I was staying at a fancy hotel and they tried to pass that off as a homemade recipe, I'd be leaving Yelp reviews.