Angels of the Pacific by Elise Hooper

I received this novel as an ARC from Book Club Girls via NetGalley.  The plot drew me in right away, so I knew I had to request it. I have a penchant for historical fiction anyhow, especially WW2, and I've really been drawn to ones about the Pacific recently. 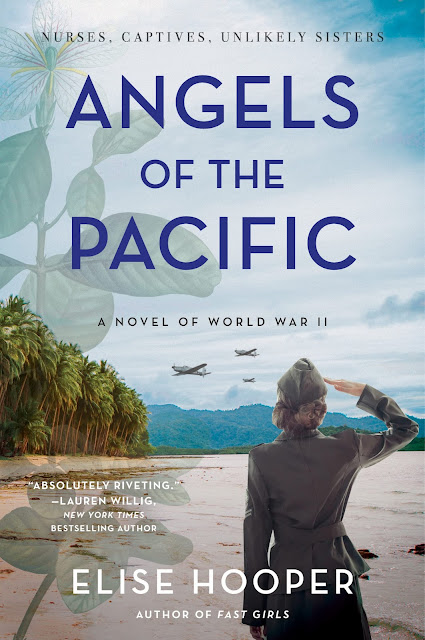 Angels of the Pacific contains a dual lead (not timeline) story, featuring Tess, an American nurse assigned to the Philippines during World War 2, and Flor, a Filipino national young woman, working as a part of the resistance.  The American nurses have been stationed on the frontlines until the Japanese invade the islands, then are taken prisoner at the notorious Santo Tomas Camp.  Flor, working as part of the resistance connects with the group as both struggle to survive the Japanese occupation as they hold out hope for an American victory.

This is definitely one of the best books I've read so far this year.  Both Tess's and Flor's stories are well told, and the treatment by the Imperial Army of the Filipino population and American servicemen and women is not glossed over yet spares many of the more gory details to the reader.  Even knowing how the war will end, the book keeps the reader on the edge of their seat, waiting for the Americans to finally arrive.