The Son of Neptune by Rick Riordan

I read the first book in the Heroes of Olympus series a few weeks ago and really enjoyed it.  Since I own the entire set of 5, I decided to space them out to enjoy them even more.  (Well, that and I had book club reads and library books and advance reader copies calling my name, so it's easier to space out a series I already owned.) 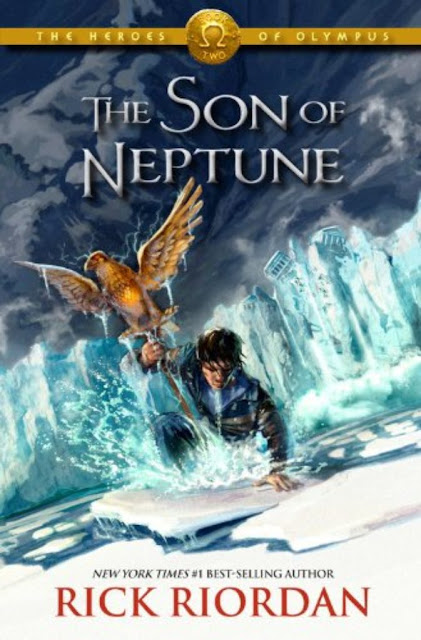 Percy Jackson is back in The Son of Neptune, and much like Jason in The Lost Hero, he isn't exactly sure where he is or how he got there.  Wandering around Northern California and being chased by monsters, he makes his way to Camp Jupiter, another camp for demigods, but based on Romans rather than the Greeks. While at camp, he befriends Hazel and Frank, leading them on a quest to Alaska to free the Roman god of death, while hoping to regain his own memories.
After The Lost Hero, I was a little iffy about shifting back to Percy's perspective, since I really wanted to know more of Jason's story.  However, it's pretty integral to the story that the Percy/Hazel/Frank story plays out in the other camp for demigods and I'm finding Percy more interesting than in his own series.  Again, I'm enjoying the Heroes of Olympus much more than the first series.  The stories are more compelling and the writing has gotten better over the years.
fantasy series young adult