The Lost Hero by Rick Riordan

I read the Percy Jackson series years ago, like 2009-2012 or so.  I had picked up the first three in The Heroes of Olympus at the Book Outlet (one of my favorite shops) quite a few years back as well, but they've been sitting on a shelf.  My sister-in-law sent me book 4 in my Christmas package and I ordered book 5, so it only made sense that this would be a 2022 series to read. 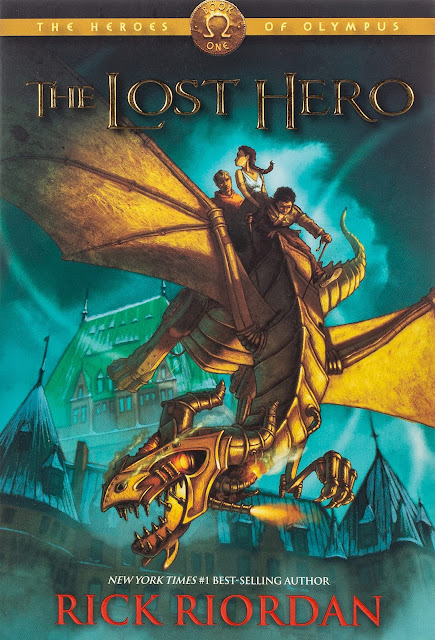 The Lost Hero begins with Jason, who wakes up on a bus, not knowing who or where he is, yet everyone around him seems to know him. An adventure of sorts leads him and his friends, Piper and Leo to Camp Half-Blood, where they discover they are the children of gods and that there is world that needs saving.  While Jason struggles to remember who he is and how he ended up on the bus, an important quest demands the campers' time and attention.

Picking up roughly where the Percy Jackson series left off, the Heroes of Olympus brings back many of the main characters from Camp Half Blood, along with introducing a new set of demigods who need to discover their role in saving the world.  If I'm being completely honest?  I'm enjoying this series more than Percy Jackson.  I think Riordan has grown as a writer over the years and this story is definitely more compelling.