The Lost Apothecary by Sarah Penner

This has been on my to-read list since last year and it happened to pop up while I was browsing Hoopla on my iPad.  I usually have a book going on my Kindle for reading in bed, but the charger wasn't plugged in properly and I had to swap over to my iPad instead.  I have Hoopla as well as Libby on there, so it was the perfect option to get on with an item on my to-read list. 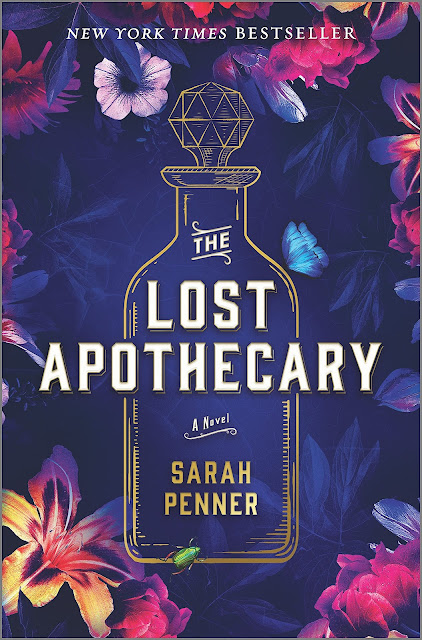 The Lost Apothecary might be one of the prettiest covers I've seen lately, which is what drew my eye to it in the first place.  However, the story would be worth it even if the cover was plain. In 18th century London, Nella runs an apothecary, the goal being to provide women with the potions and poisons they need to get back at the men in their lives.  Her main rule is that her products must not be used to harm another woman.  When a young girl becomes her latest customer, her secrets begin to be revealed.  In present day London, Caroline is on a vacation after leaving her cheating husband, when she finds an odd vial in the river, that may be linked back to the unsolved apothecary murders.

While the story is seriously enjoyable, I really wish the book was longer.  I wanted to know so much more of Nella's story as well as more details as to how Caroline solved the mystery of the vial.  There were a few spots where the leap from A to B really need another 3 chapters of explanation and detail, but that might be my preference for stories that catch my eye.  I was really amazed finding out that this was a debut novel--the story was definitely well done for a first publication!