The Lobotomist's Wife was our January pick for our online book club, as well as one of the Amazon First Reads.  We had to bump our scheduled meeting an extra week, so I finished it a bit into February.  With the meeting delay, I moved a few other books up since I like to finish a few days ahead of our Zoom call at most. 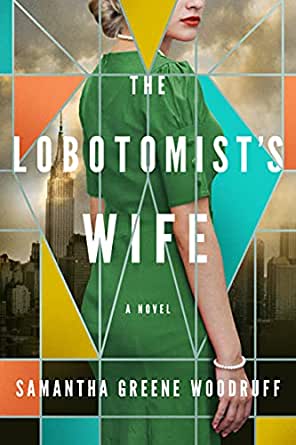 The novel features Ruth, a young woman of means whose family runs a hospital for those suffering with mental illnesses.  After the death of her brother (a suicide we would now refer to as PTSD), she takes over the hospital, looking for ways to make the lives of her patients better.  Ruth meets, and falls in love with, Dr. Robert Apter, a pioneer of the lobotomy.  As Apter becomes more and more confident in his skills, Ruth begins to question the treatment and the results.  When a patient she has befriended is next on her husband's list to perform the treatment, Ruth knows the only one who can really save her is Ruth herself.

I really enjoyed this pick.  Outside of the Kennedy connection, none of our book club had known a lot about the lobotomy process, nor how many people with mild mental illnesses were subjected to it. While the characters in the book are fictional, the story aligns quite tightly with the actual story of Dr. W. Freeman, the lobotomist Apter's character is based on.  This makes the book all the more chilling, as the main concepts are all true and people who today would be treated with low doses of medication were rendered maimed for life.  It's definitely worth the read, especially for those who find prior medical history fascinating.