State of Terror by Hillary Rodham Clinton and Louise Penny

I was dying to read this book. I can not begin to describe how much I enjoyed Bill Clinton's first offering with James Patterson just for the snarky insights and I had high hopes that Hillary Clinton would do the same.  Hands down, hers is even better. 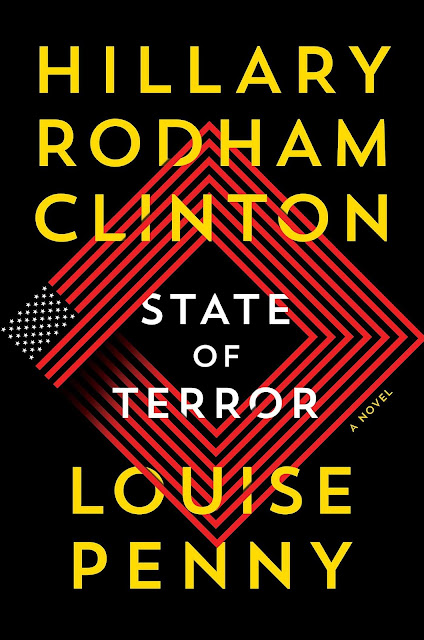 In State of Terror, Ellen Adams is the newest Secretary of State, inexplicably appointed by a president who isn't her biggest fan, and who himself has been elected to undo the damage done by the former, incompetent leader.  Bombs have gone off on public transportation in major European cities. Nuclear weapons have been threatened to have been planted on American soil.  Afghanistan, Pakistan, Iran, and Russia are possible players, and America's reputation was damaged by the prior leader. Adams must attempt to assemble a team to stop the terrorists, along with worrying about problems within her own government.
Was it everything I hoped it might be? Yes, and more, because I can't begin to emphasize how much I loved the obviously Hillary parts. The commentary is biting, thinly veiled, and unbelievably accurate.  I'd read another one collaboration by these two just for that part alone.  But besides that, HRC is very well versed on the topics of foreign relations and her ability to construe that knowledge into fiction is impressive.
contemporary fiction mystery politics thriller