Her Hidden Genius by Marie Benedict

So I have a huge affinity for historical fiction, and women's fiction, and forgotten women in history.  Thus, I have a a huge obsession with Marie Benedict's books.  I chose The Other Einstein last February for book club and was hooked, so I promptly read everything else of hers.  When her latest popped up on my Hoopla with no hold? Everything got set down to read it. 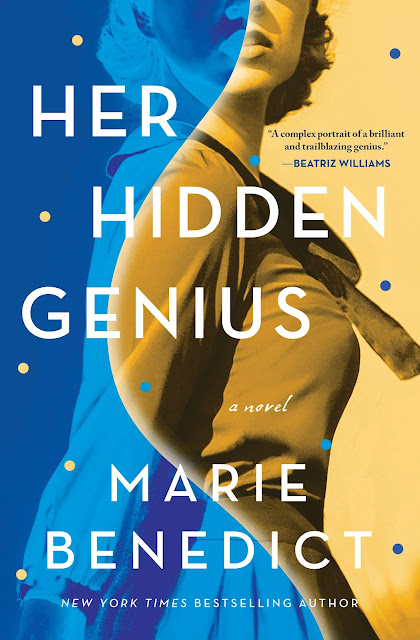 Her Hidden Genius is the story of Rosalind Franklin, a female scientist who helped discover the structure of DNA through the use of X-ray crystallography.  Born to a wealthy family in London, Franklin received a doctorate and went to work in French science labs where women were seen as colleagues, compared to the misogyny in London.  It was there she learned and excelled in X-ray crystallography, before coming back to England for family reasons.  Her work in London laid the groundwork for the study of DNA, but  she was frequently undermined by her colleagues, if not treated with derision and hostility.

As with Benedict's other novels, the focus is on the woman that history has overlooked in favor of the louder, more prominent men at the time.  History is slowly catching up and Franklin's name is becoming more known as her work and talent set the tone for Frick, Watson, and Wilkins, in terms of the study of DNA.  Benedict does a great job on illustrating the life a female scientist would have had, especially in the male-dominated London laboratories.  Twenty-first century me is still livid with what Dr. Franklin would have went through, and more appropriate credit should be given to her in all science classes.