The Mystery of Mrs. Christie by Marie Benedict

on January 15, 2022
As I've mentioned, I'm a huge fan of Marie Benedict's books. I even broke my usual ban on audiobooks to listen to the both books of hers that were Audible exclusives. After scrolling through her publication list to see what she had coming out next, I realized I had missed The Mystery of Mrs. Christie. That definitely needed to be remedied. 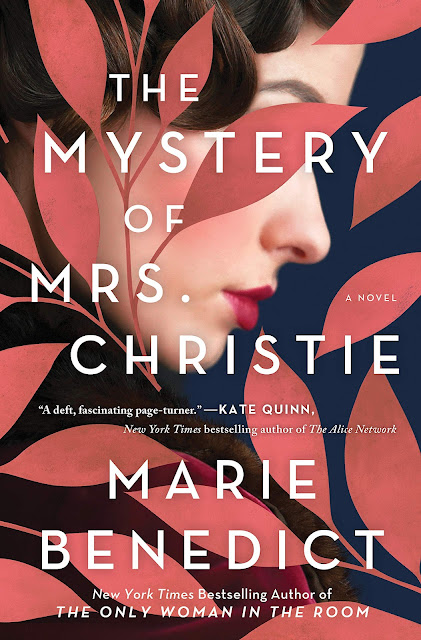 In December 1926, Agatha Christie had gone missing. Her car was found at a nearby pond with a fur coat left behind. Eleven days later, she reappeared with no knowledge of her whereabouts, claiming amnesia. To this day, no one has discovered what happened during those days.
Benedict utilizes her talent at historical fiction writing and imagines one version what happened during those eleven days, what circumstances that led up to it, and Christie's relationship with her first husband. While the true details have never been discovered, the story here plays right into Christie's own talent for mysteries and feels like it could be quite a plausible explanation.
historical fiction mystery