Girls on the Line by Aimie K. Runyan

Nothing starts a new year out better than a new read.  I've had Girls on the Line by Aimie K. Runyan on my to-read list for awhile after a friend of mine had mentioned it. I suggested it to a couple of friends who I have an online Zoom book club with and we agreed it would be our newest read. 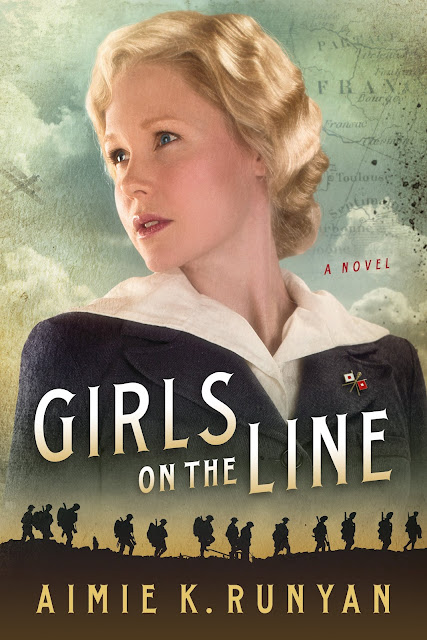 The novel follows Ruby, a society girl from Philadelphia who enlists in the new female operator corps as part of the US Army Signal Corps during WW1. After her brother is killed and her fiance enlists, she feels the need to do her own part for the war effort. Deployed to France and the front, she takes on the role of a team leader, helping the other women find their roles, as well as meeting a young lieutenant who has her questioning what her future might be after the war.

Since many of my historical fiction picks tend to center on World War 2, a World War 1 era read was a nice change of pace. I hadn't realized that there were many women's units outside of nursing during WW1, and I definitely had not heard to the "Hello Girls" prior to the novel.  The women stepped up from being phone operators in the United States and agree to deploy to assist with battlefield communications. Ruby's story illustrates the sacrifices these first female units made and the vital roles they played within the military.